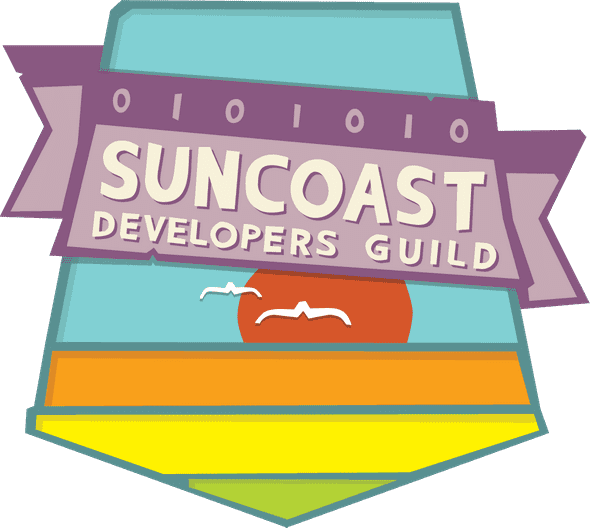 CSS is a language for specifying how documents are presented to users — how they are styled, laid out, etc.

In order to use CSS we must first define our HTML content. This is often why developers lay out the HTML contents of a page/app before writing their CSS.

CSS uses the structure and attributes of our HTML to identify elements on the page to apply style to. This is also why the semantics of the page are so important. 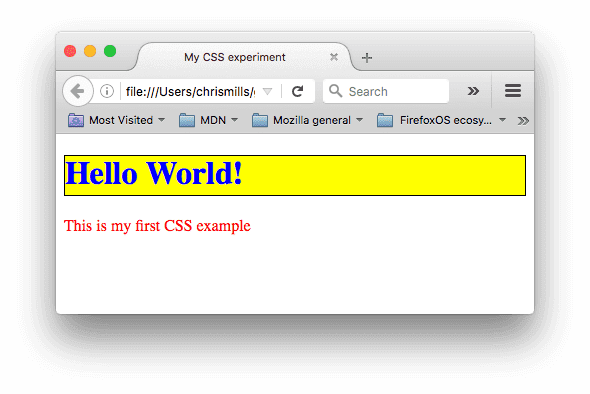 Before we dive into the tech details of CSS, we need some vocabulary:

^ There are more than 300 different properties in CSS and nearly an infinite number of different values. Not all pairs of properties and values are allowed; each property has a specific list of valid values defined for it.

^ Declarations are grouped in blocks, with each set of declarations being wrapped by an opening curly brace, { and a closing one }.

^ selector — a pattern that matches some elements on the page.

^ Point out the various declarations, blocks, and selectors

Shorthand (for the lazy developer)

is the same as:

Selectors follow a syntax that allows us to target specific sets of elements on the page.

One type of simple selector is the Tag Selector

Selects all elements using that tag.

This will make the <div> elements blue

The class selector consists of a dot, ., followed by a class name.

The ID selector consists of a hash/pound/octothorpe symbol #, followed by the ID name of a given element.

Pseudo-elements are very much like pseudo-classes, but they have differences.

They are keywords, this time preceded by two colons ::, that can be added to the end of selectors to select a certain part of an element.

Using one selector at a time is useful, but can be inefficient in some situations.

CSS selectors become even more useful when you start combining them to perform fine-grained selections.

CSS has several ways to select elements based on how they are related to one another.

There are many types of CSS property values to consider, from numerical values to colors to functions that perform a certain action.

Some of these rely on particular units for specifying the exact values they are representing.

How to decide between different length units.

We are going to concentrate on px, em, and rem.

For other useful sizes such as vh (view height), vw (view width), and others, see the MDN.

is a unit of length which roughly corresponds to the width or height of a single dot that can be comfortably seen by the human eye without strain, but is otherwise as small as possible.

The goal is to try to have the distance 96px equal about 1 inch on the screen, regardless of the actual pixel density of the screen.

If the user is on a phone with a pixel density of 266 DPI, and an element is placed on the screen with a width of 96px, the actual width of the element would be 266 device pixels.

Using px for sizing things can be troubling.

Good for things that are already measured in pixels, like the size of an image. But for things like margins, paddings, and spacing they can be difficult.

Represents the calculated font-size of the element.

This is relative to the font-size of the parent.

This can be confusing if a rule of 2em is applied to different elements whose parent's font-size has been customized.

In this case 2em of padding won't be the same amount.

Represents the calculated font-size of the root element.

This is always scaled to the font-size of the root element. Thus is consistent against all elements regardless of their specific, calculated font-size

Allows for consistent sizing, yet scales to the base font size.

But it is highly debatable.

For instance, rem is not modular in that it scales to the root, not to a containing element.

What happens if multiple rules apply?

What properties are inherited from their parent elements?

Let's define what the CSS cascade is, what specificity is, what importance is, and how properties inherit from different rules.

CSS is an abbreviation for Cascading Style Sheets. "C"ascade is important.

The order of CSS rules matter, but it's more complex than that. Cascade depends on three factors:

^ (these are listed in order of weight — earlier ones will overrule later ones):

In CSS, there is a special piece of syntax you can use to make sure that a certain declaration will always win over all others: !important.

It is useful to know that !important exists so that you know what it is when you come across it in other people's code.

However, we strongly recommend that you never use it unless you absolutely have to.

One situation in which you may have to use it is when you are working on a system where you can't edit the core CSS modules, and you really want to override a style that can't be overridden in any other way.

But really, don't use it if you can avoid it, because !important changes the way the cascade normally works, so it can make debugging CSS problems really hard to work out, especially in a large stylesheet.

Specificity is basically a measure of how specific a selector is — how many elements it could match.

The amount of specificity a selector has is measured using four different values (or components), which can be thought of as thousands, hundreds, tens and ones — four single digits in four columns

Every element within a document is structured as a rectangular box inside the document layout, the size and "onion layers" of which can be tweaked using some specific CSS properties.

By default the border has a size of 0 — making it invisible — but you can set the thickness, style and color of the border to make it appear.

The border shorthand property allows you to set all of these on all four sides at once, for example border: 1px solid black.

This can be broken down into numerous different longhand properties for more specific styling needs.

Margin pushes up against other CSS boxes in the layout. It behaves rather like padding

The shorthand property is margin and the individual properties are margin-top, margin-right, margin-bottom, and margin-left.

When you set the size of a box with absolute values (e.g. a fixed pixel width/height), the content may not fit within the allowed size, in which case the content overflows the box.

To control what happens in such cases, we can use the overflow property.

Everything we've said so far applies to boxes that represent block level elements.

However, CSS has other types of boxes that behave differently.

The type of box applied to an element is specified by the display property.

There are many different values available for display, we will focus on the three most common ones; block, inline, and inline-block.

Read up at MDN:

A block box is defined as a box that's stacked upon other boxes (i.e. content before and after the box appears on a separate line), and can have width and height set on it.

The whole box model as described above applies to block boxes.

An inline box is the opposite of a block box: it flows with the document's text (i.e. it will appear on the same line as surrounding text and other inline elements, and its content will break with the flow of the text, like lines of text in a paragraph.)

An inline-block box is something in between the first two: It flows with surrounding text and other inline elements without creating line breaks before and after it unlike a block box, but it can be sized using width and height and maintains its block integrity like a block box.

It won't be broken across paragraph lines like an inline box.

Along with the box model we can take a look at the options we have for styling the border portion of a content box.

Rounded corners on boxes are an incredibly popular feature on web sites — so popular in fact that browsers implemented a property specifically for implementing rounded corners easily: border-radius.

To put a different size of border radius on different corners, you can specify two, three or four values, rather like you can with padding and margin:

As a last point, you can also create elliptical corners (where the x radius is different to the y radius.) The two different radii are specified separated by a forward slash (/), and you can combine this with any combination of values, as indicated above.

Style the header and the footer