[fit] What is it? (JavaScript)

Like C# a TypeScript program is composed of a sequence of statements.

Like a C# program, these statements may end with a semicolon, ;. However, these are optional in TypeScript, and we will code without them.

JavaScript also has types, some of which will be familiar.

But JavaScript is loosely typed!

Where are loose types helpful?

JavaScript will allow us to easily mix types

JavaScript had a bad rap for being too flexible, leading to bad code

It is a JavaScript standard meant to ensure the interoperability of web pages across different web browsers.

Starting in 2015 we've been numbering them by year. (you may still see version numbers used)

ECMAScript improvements has displaced alternative languages like CoffeeScript that would compile to JavaScript.

While JavaScript has been getting better, it still lacked a good way of managing data types.

Around 2018 the language and the tooling started becoming good enough for mass adoption.

[fit] So why is TypeScript getting popular?

Large applications split among many developers are difficult to manage.

TypeScript adds additional syntax to JavaScript to support a tighter integration with your editor. Catch errors early in your editor.

TypeScript code converts to JavaScript which runs anywhere JavaScript runs: In a browser, on Node.js or Deno and in your apps.

TypeScript understands JavaScript and uses type inference to give you great tooling without additional code.

TypeScript is a SUPER SET of JavaScript

Can create our own types!

During this lecture, and in our work, we'll create our own types!

Must start with a letter (upper or lower), an underscore, or a dollar sign. Variable names may also have digits in the name after the first character.

Standard to use camelCase for our variable names.

Four ways to declare a variable

undeclared global variables are highly discouraged as they can often lead to unexpected behavior.

We will always use let or const in our coding.

When looking at code on the web, e.g., StackOverflow, and blog posts, you will still see var.

const variables are assigned a value on the same statement where they are declared.

They can also not be re-assigned later in the code.

Not allowed, will be an error:

let variables do not need to be assigned a value on the same statement they are declared.

They can be re-assigned later in the code.

That is, they are valid and accessible inside the current block. A block is:

So, what about types?

So the following code declares variables that are of type number!

TypeScript inference is quite good!

We can see this over in Visual Studio if we have a TypeScript file!

What about an array that has different types of elements?

Unlike C#, TypeScript can handle that just fine, and in a very nice way. 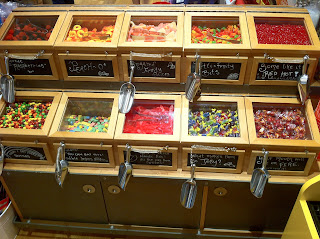 differentKindsOfThings is an array of elements that can be either a string or a number.

Once we introduce the idea of TypeScript objects we'll discuss why specifying an explict type is useful.

After declaring a variable but before assigning it a value, the variable will contain a special but confusing, value known as undefined

The type of the variable will also be any which means it will accept a value of any kind.

Avoid undefined and any in your code!

In fact, we can turn on code checking tools to make sure we avoid them!

Valid in TypeScript but not allowed in a language like C#

In statements involving other operators, TypeScript does not convert numeric values to strings. For example:

Similar to other languages objects are a combination of state and behavior.

In TypeScript, an object is a standalone entity with properties and type. Compare it with a cup, for example. A cup is an object with properties. A cup has a color, a design, weight, and a material. In the same way, TypeScript objects can have properties, which define their characteristics.

A TypeScript object has properties associated with it.

A property of an object is a variable that is attached to the object.

Object properties are the same as ordinary TypeScript variables, except for the attachment to objects.

The properties of an object define the characteristics of the object.

You access the properties of an object with a simple dot-notation:

Like all TypeScript variables, both the object name (which could be a standard variable) and property name are case-sensitive.

You can define a property by assigning it a value.

For example, let's create an object named myCar and give it properties named make, model, and year as follows:

The previous example uses an object initializer, which is a comma-delimited list of zero or more pairs of property names and associated values of an object, enclosed in curly braces ({}):

Properties of TypeScript objects can also be accessed or set using a bracket notation.

So, for example, you could access the properties of the myCar object as follows:

An object property name can be any valid TypeScript string or anything convertible into a string, including the empty string.

However, any property name that is not a valid TypeScript identifier (for example, a property name with space or hyphens, or that starts with a number) can only use the square bracket notation.

This car has the same type as the myCar variable, but only through coincidence.

Anyone see a problem?

I make many typos and similar errors. Maybe TypeScript can help me?

[fit] Using types to find issues in our code

We can teach TypeScript about a new specific type and give it a name of our choice.

[fit] The modal error will be called out

[fit] Making a new object from an existing one

Make a new car, but with a different year.

P.S. Up-to-date versions of JavaScript have this too...

There are three ways to declare an array:

Even though the arrays contain different types, TypeScript will create the correct kind of array.

We can also use the [] operator to assign values to specific elements of an array.

However, employees will be an array of any!

This is better yet

Wait, what about const?

const only refers to the variable, not it's contents.

It only prevents us from doing

This is totally valid:

[fit] Can you make an unchangable array?

Editor is screaming at us, browser might show errors, but...

TypeScript transforms down to JavaScript so while it will complain and warn, it won't STOP you.

A common operation is to iterate over the values of an array, processing each one in some way. The simplest way to do this is as follows:

The forEach() method provides another way of iterating over an array:

Alternatively, You can shorten the code for the forEach parameter with Arrow Functions:

For more details on how to manipulate arrays, including adding and removing elements, see the quick reference guide on arrays.

Control flow in TypeScript is nearly identical to C# in that our code consists of a sequential set of statements that comprises a block of code:

We can control the flow of the code with a conditional statement:

This works exactly as C# except for the different style in how the braces and else are formatted.

It means is this thing kinda like the other thing?

It first sees if the values can be converted to a common type and then performs the comparison.

^ Nobody wants to memorize these ^ I haven't memorized them

=== is typically what we want

In most cases === is what you want when comparing values.

There are some exceptions, but they are very rare.

This should seem familiar

In TypeScript, named groups of code that perform a specific behavior are called functions (whereas in C# we called them methods).

Also, these functions do not need to be in classes.

If there is one way, more ways are better!

While the function declaration above is syntactically a statement, functions can also use a function expression style.

[fit] Functions are just another kind of type!

We say that functions in TypeScript are a type just like numbers, strings and booleans.

We can assign them names and pass them as arguments.

Here is where TypeScript shines!

What if we define a new function that doesn't fit the pattern our printIt function expects.

The TypeScript system would immediately tell us that words isn't an array of numbers and cannot be sent to printIt!

If we "fix" this error by using our numbers variable, we'll see that TypeScript then notifies us that the upperCase doesn't follow the style of the function we are expecting!

Passing functions as arguments to other functions is a very powerful pattern in TypeScript. We will be using this ability quite a bit in other lessons.

Functions treated as values for variables and passed as arguments are two things that make TypeScript a functional-style language.

We cannot access variables defined inside a function from anywhere outside the function because the variable is defined only in the function's scope.

However, a function can access all variables and functions defined inside its scope.

A function defined inside another function can also access all variables defined in its parent function and any other variable to which it has access.

Taking the above example another step, we'll introduce the concept of closures.

NOTE: This is often an interview question.

Closures in TypeScript are a way to create a function that has access to the variables and functions defined in the outer scope.

What does this mean? We can try a few examples.

We'll run this program in Visual Studio, and we'll see the following output.

We can create a more complex example to demonstrate that these functions do "remember" their values.

Doing work later but still having access to variables

Then we will create a method that accepts a person variable and prints out details about them.

Create a loop and use setTimeout 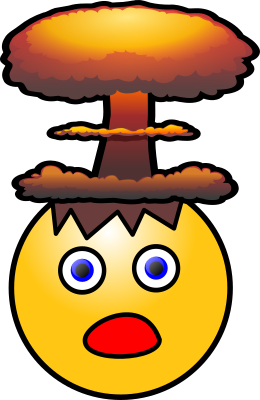